Nolan started attending daycare on a part time basis 3 months ago when he was just getting used to walking. He did horribly the first month. Screamed hysterically every time we dropped him off and cried every time we picked him up. He didn’t eat much, threw a lot of tantrums and was getting sick. I was so torn in the 3rd week that I wanted to take him out for good. I felt as if I was putting him thru unneeded torture having to spend time with strangers, but I knew I had to be strong because it would be better in the long run for his social skills and for his dad’s sanity. It also drove us nuts at home because he ended up becoming EXTRA clingy and SUPER whiny. We couldn’t leave a room without him flipping out that we were leaving him for good and he always wanted to be held.

Here’s Nolan on his 1st day at daycare (July 8th). He has no clue that we’re about to leave him there for hours but he does have a suspicion of it–look at those eyes! 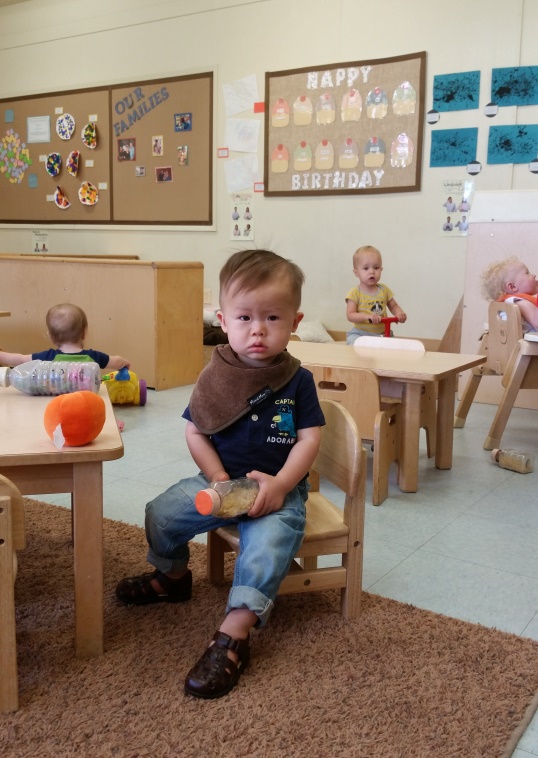 A view of his classroom with some of his fellow classmates. I love the tiny human chairs and tables they have for ’em which is also where they have their meals and snacks. 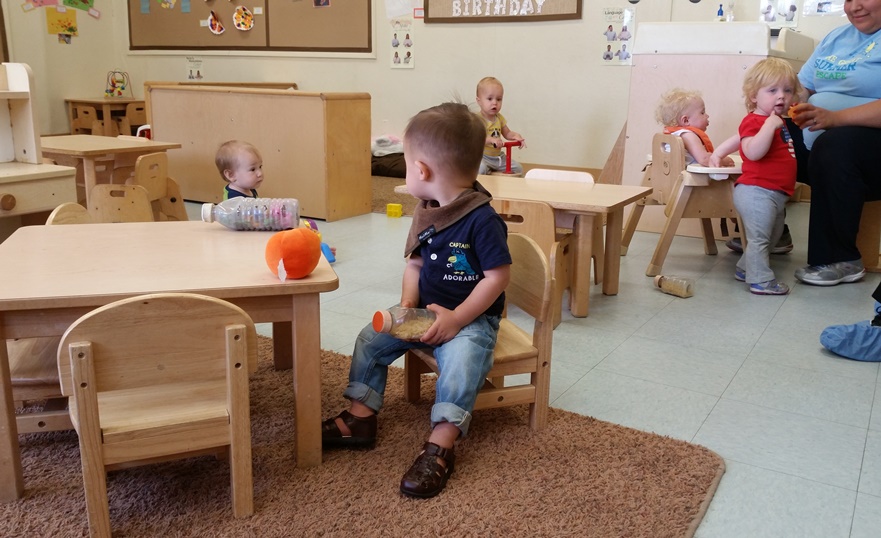 Then, one miracle day in his 4th or 5th week he didn’t scream hysterically, just whined a bit when I handed him off to his caretaker. When we pick him up he just walks straight up to us now w/o a whine or cry. Even better, just a few days ago he didn’t even sound a peep when I handed him off. They were outside playing so he just watched me leave with a blank look on his face.  Typically I’d need to bolt out of there in a hurry to shorten the cries but this time I turned around to wave bye to him quite a few times and all he did was watch me disappear into the distance. Nowadays he’s improved a lot–eating very well, having tons of fun when they sing, read stories and blow bubbles in the play yard. I’m just so happy that he’s enjoying himself now while daddy can get some errands and chores done around the house. We try to sneak up on him during pick-up time so we can get a glimpse of how he interacts in class and with the other kids. I think Nolan will be ready to go full time once baby #2 arrives in February since I am pretty doubtful that I’d be able to handle 2 kids at home by myself.

Rob went to pick him up early one day and got a snap of him napping on his mat. He usually does not sleep with a blanket at home but they have the a/c cranked up pretty high in the classroom. 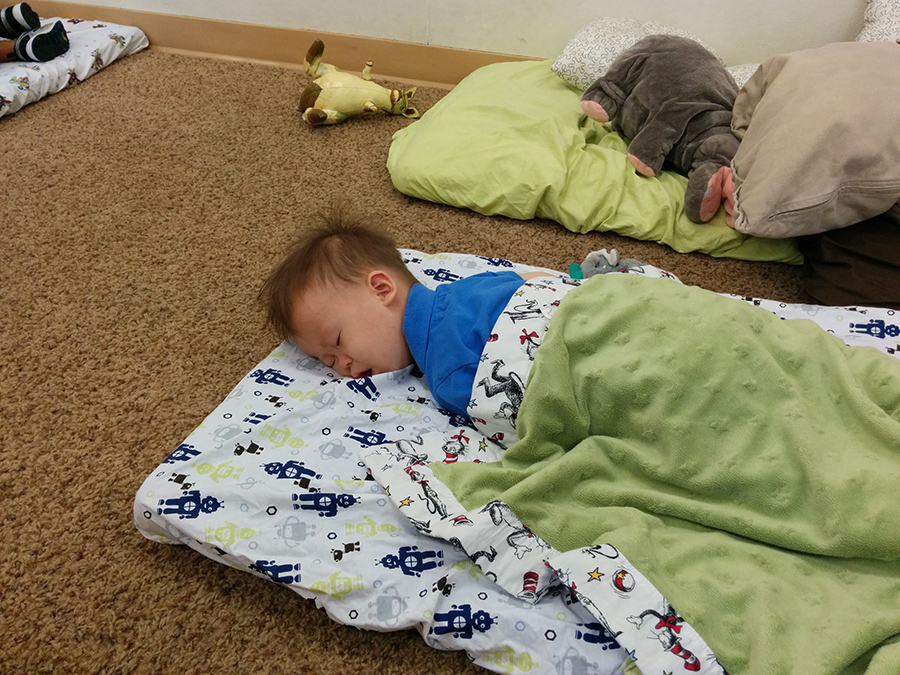 Since Nolan’s in a school environment, they of course had picture day! Gosh, he’s only a year old and he already gets his very first school picture?!? We used to first get these in kindergarten as an initiation of sorts but I guess it’s never too early to get those professional school photos done. And if you’re wondering, yes, we got suckered into forking out $80 to buy copies of these. I mean they’re his 1st ever school pictures, we couldn’t resist!!

Here’s the one I like most out of the 3 taken–not a complete smile but good enough.

The epic sad, cry baby school picture every kid has to have. 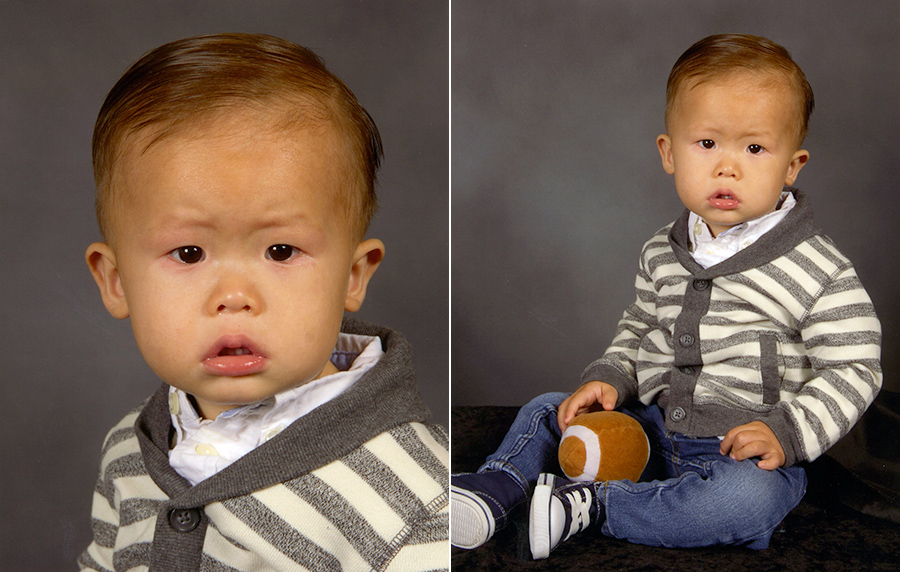 In my opinion he’s advanced a lot for 4 months. I don’t have another kid as a benchmark but it’s just so amazing to see how much he’s learning day to day, week to week, month to month. His first 4 molars have recently grown in and we’ve had a hell of a few weeks with lots of whining/crying late at night. He ends up sleeping in our bed to help soothe the pain.